A SIMPLE GUIDE TO ROOFING

Replacing Your Roof in Edmonton

Not All Roofing Companies Are The Same

When selecting a Roofing Contractor in Edmonton, there are plenty of things to consider. The problem many people face is how to sort through the noise to find information that matters! When selecting a roofer, the simple way to cut through the noise is to be informed, and in a world full of information at our fingertips there are zero excuses for a homeowner to have a bad experience with a contractor of any trade!

The first thing you need to know is that – at least right now – there are a lot of roofing companies. This has more to do with $58 barrels of oil in Alberta than roofing. The roofing trade has a very minimal barrier to enter and as the oil industry slows down in Alberta, hard-working oil men will seek other employment.

A common “spring breakup” job for oil field workers is roofing, as the timing is right for their slow season. The problem begins when there is no oilfield to go back to, there are a lot of summer-job roofers that put a ladder in their truck zip over to Roof Mart to pick up a few nail guns and suddenly they are a roofing company. It can be difficult for someone who has never stood on a roof to know the difference or to even know what they should be looking for. So what do you do next?

When faced with an overwhelming number of roofing companies that may or may not be legitimate, the consumer tends to make the “safer” choice by going with the “big guys”. The roofing company with a big building, a fleet of trucks, and an established name.

This is not a bad choice at all, the big guys will always – more or less – get the job done, for a justified price, and there are not usually any major headaches. There can be minor headaches, however, such as long wait times, complicated contracts, disjointed customer service, and broken communication.

This comes as a direct result of the size of the company. Their brand name recognition means they get a ton of calls for jobs, but because roofing is a seasonal job, and they already have huge overhead with the building, the accountants, and the fleet of trucks. Therefore, they try to minimize their exposure to labor costs, quite often using subcontracted workers.

With Sargeant’s Roofing, we make the promise to deliver in these three key areas with every single roofing job: Why Maintaining Our Reputation as Edmont’s Best Roofers is Important

When the “Tailgate Roofco’s” of the world run out of work, they go on a classified ads website looking for subcontract work, and when they call the numbers in the jobs section, they end up doing subcontract work for jobs sold by the “Big Guys” company. This often results in the commoditization of roofing work and stops being about customer service and accountability. The big company gets the salesman a lead, who then goes to do an estimate. That salesman sells the roof job, then the company figures out how to fulfill the work. Where does this end up? Quite often, roofing jobs end up with subcontractors who are not attaching their reputation to the job, and the salesman might not even know who is actually going to be on your roof. Scary, isn’t it?

This doesn’t mean every sub-contractor is bad, or that every salesman doesn’t care about you. It just means that it is another option available to the consumer. There are plenty of benefits to the big companies — for example, you know they are insured, bondable, and have WCB coverage. These things matter, because you know the job will be completed, and you won’t be left hanging with half a roof. You know that certain safety standards will be adhered to, and if anyone falls off your house, it won’t be you standing in court. So the “Big Guys” are just another option, that is all. You have the freedom to choose!

However, there is also a good selection of companies “in the middle.” Just like Goldilocks and the Three Bears, these companies are not too big, not too small, but just right. That is where you’ll find Sargeant’s Roofing!

The medium size roofing business is one where you get most of the savings that come from not having all the overhead of the big company while having all the accountability and security of the big company. The WCB and insurance coverage protects you as the homeowner, as well as all the online presence to make sure you can find them again if there is a problem. The best parts of a medium-sized company are echoes of our three promises — authenticity, good communication, and workmanship.

You actually get to meet the contractor, at the same time you meet the person who is doing the estimate and selling you on their roof work. You get to meet Joe, you know who he is, what he is about, his attitude and work ethic. When you meet him, you know that he is a proud roofer. This comes from his beginnings as a roofer, working for a medium-sized company. When the owner is on the roof for most of the job, right beside his crew, he is watching over them, making sure that what he signs his name to is quality.

Our company is big enough that you can sleep well knowing who is going to be working on your roof. That if anything happens, you can find them, hold them accountable, and have recourse. At the same time, it’s small enough that getting ahold of someone to discuss the details of your roofing project is easy, and that those concerns will actually be addressed on your roof. There is no “switchboard” at Sargeant’s Roofing. The benefit of working with a medium-sized company like Sargeants Roofing is that you are buying quality. This is a term often thrown around, but everything about how we run our company is designed with the intent to produce quality work. Most of the roofing industry is paid by the bundle of shingles they use. However not every bundle put down on a house is equal. There are critical areas like valleys, hips, ridges, and cut-ins around plumbing and ventilation that require special attention. When pulling the shingles off, there are concerns that need to be addressed like the deck of the roof, and if there is adequate venting. Any extra “work” or “care” is just added unpaid time. Our teams are paid hourly — they quite literally have no excuse not to take their time. We have strict policies in place, and constant training on “BEST practices” not “Fastest practices.” Nobody on a Sargeant’s Roofing crew will ever show up on YouTube bragging about how fast they can lay down shingles.

We hope this helps you feel more confident in choosing a roofing contractor, and that the guide featured at the top of the page shows you the basics elements of a roofing project. For a roofing company that you can trust, that isn’t too big or too small, but just right, call Sargeant’s Roofing in Edmonton.

GET IN TOUCH NOW 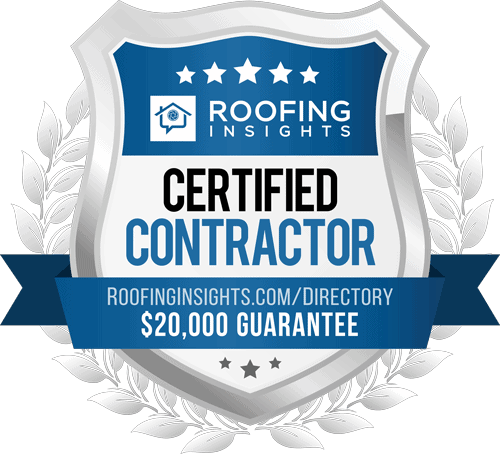